A friend of mine that I met through flickr, Lindini2 Lane, is showing her RL sketches in an SL gallery. You may have seen some of her art on various home and garden posts on the SL feeds.

Come check out her show at the Urban ARTs Gallery and pick up some great, free artwork and frames! 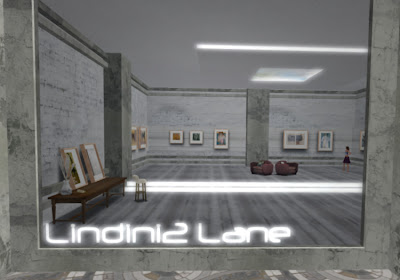 A very talented artist whose work that I found through flickr is having an art showing in Second Life. Her name is Zizzy Umaga and she has some great pieces of artwork that you should go and purchase to add to your collection!

She has soooo many amazing pieces that it is hard for me to pick just one that is my favorite!

You can see her work at the LX Gallery or check out her flickr photostream. 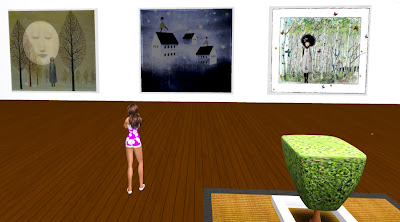 The lovely and talented Jordan Giant has released a new beautiful skybox/house called the min.poegin that was inspired by her love of music and Iceland and it is stunning! The textures and light give this skybox a warm and homey feeling and isn't that what we all want in our SL home? 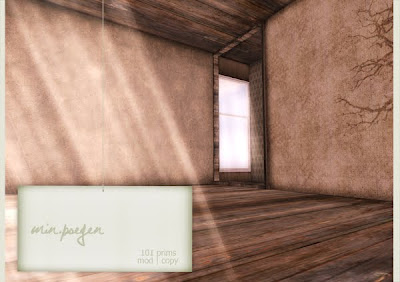 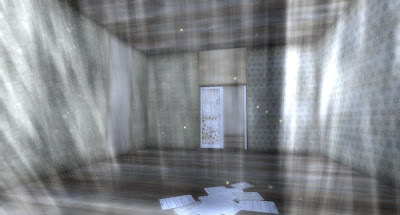 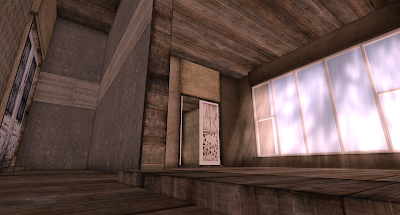 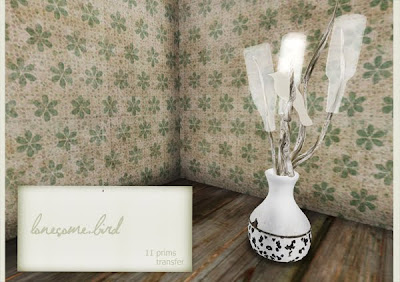 The lonesome.bird vase is the freebie that Jordan has released to go with her new skybox build. If you touch the glass bottles, they will light up and if you touch the birdie he will sing! Too cute!
If you would like to see more pictures of this skybox, check it out on SLexchange or visit nordari. to check out the demo.

One last thing..check out Jordan's flickr group for nordari here and post some of your lovely pics!

note: all pictures in the post are Jordan's and not my own.
Posted by Terri Zhangsun at Friday, June 18, 2010 No comments:

Elymode has come out with some cute, colorful and flirty new tanks, skirts and tops called Dulce which are as yummy as they sound. As typical of Elymode, the texturing is gorgeous and there are so many colors, layering options and mixing and matching that you can do with these separates that it is mind boggling.

I'm showing the Dulce tank and skirt in Lemon and Berry. You get two skirt options. One short and sexy and the other one shorty, sexy but also fluffy and flirty. The belt on the second skirt option is also color change. 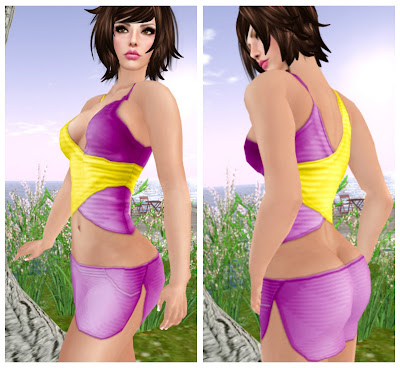 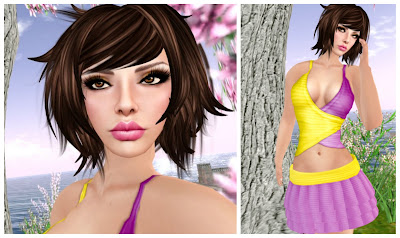 In case you have not heard, Dutch Touch is having a sale on her River II skins! All single skins are 50% off and then she is retiring them! Just a note, there is a smudge under my eye on my facial close up. That is due to my lack of photo taking skills and not on the skin itself.

Alright, quit reading and hurry your butt to Elymode and Dutch Touch to do some serious shopping this Sunday!

Credits: (review copies with an R)

SySy has released some cute and flirty summer dresses! I love this one in pink but there are alot of other colors to choose from. As a matter of fact, she has the red and blue one on special today for only $69L. There is still time to get down there and get it!

This dress goes perfectly with the Exile Chloe skin in the Shade tone in the Loose Petals makeup. It is currently a group gift...just check the notices.

I'm also digging this Boon hairstyle which is a dreadlock type of style. Something sort of funky for the summer time!

Ok, stop reading and get to SySy's there are only a few hours left to get those dresses! 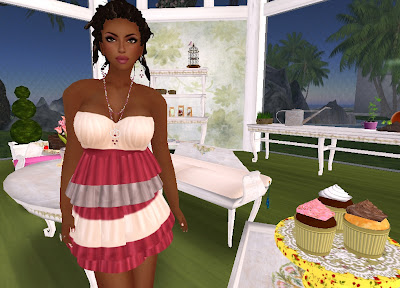 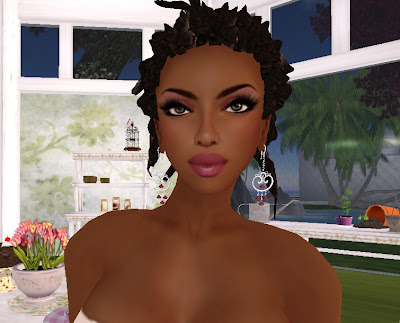 Terri Zhangsun
My review policy is simple! I blog what I like. Whether I purchased it, it was given to me, the creator is my friend or a stranger or if it has been on the feeds a million times before. If I like it...I BLOG IT! If you are looking for perfect spelling, grammar and punctuation, you wont find it here! I do this for fun and not to stress me out. Thank you for reading!